This article was originally published on pro-bono.co, an open source website promoting pro bono, and was written and translated by Zélie Victor, research officer at Pro Bono Lab. 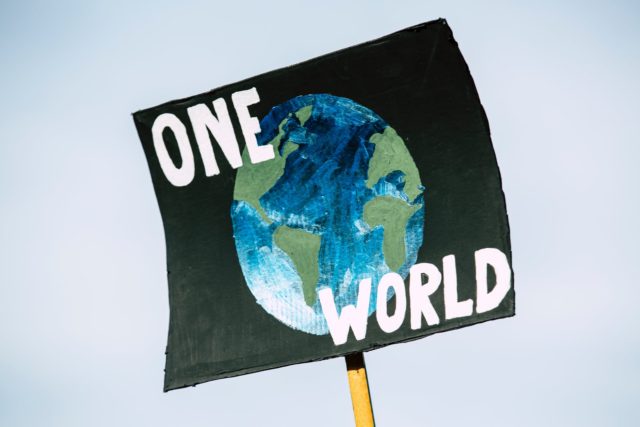 The climate emergency is invigorating the practice of pro bono among lawyers. Climate change is a reality that is becoming more and more prevalent. Yet, very few actors have actually started taking actions. Despite the Paris Agreement, national laws and international treaties, the vast majority of States are not living up to their commitments.
In this context, associations are increasingly calling on lawyers or legal structures to help them enforce citizens’ rights and compel States to implement their commitments. And it is mostly on a pro bono basis that they support this cause.

In a sector historically at the heart of pro bono, there is a remobilization of this practice around the fight against climate change. Whatever their specialities are, lawyers are committed to the public good. The legal tool makes it possible to protect populations by changing laws and prioritizing the climate emergency. The climate lawsuits conducted have a dual purpose, of enforcing commitments currently not sufficiently respected and of promoting new concepts in national and international legislation as well as a better suited law (e.g. ecocide, recognition of planetary limits, etc.).

Climate trials at the heart of the news

The most emblematic trial regarding this issue was the one carried out by the Urgenda association in the Netherlands. Lawyers of the law firm Höcker and those of the international law firm NautaDutilh took up the case pro bono, “because of its social relevance, its legal complexity and the importance of the interests at stake”[1]. This climate lawsuit, first tried in 2015 and confirmed on appeal in 2019 and in front of the Supreme Court, recognized that one state – the Netherlands – was in breach of its legal obligation to its citizens by failing to take adequate action on climate issues. The dutch government is now compelled to take additional measures to close the existing gap towards a 25% reduction by 2020.

In France, l’Affaire du Siècle had a great impact with more than 2 million signatures collected following its launch in December 2018. This ongoing case points out the state’s liability in the failure of its environmental goals and is carried out by four NGOs – Notre Affaire à Tous, Greenpeace, Oxfam et la Fondation pour la Nature et l’Homme. Volunteer lawyers from the different organisations as well as from the Vigo law firm that supports Notre Affaire à Tous on a pro bono basis, and from the organisations’ salaried lawyers have built the case. They aim to demonstrate that the French State is not meeting its commitments (it exceeded its greenhouse gas emissions target by 4.5% in 2018[2]) and to make it take concrete measures to fight climate change.

More recently, international youth have also seized the legal tool to defend their right to a healthy future, challenged by climate change. For example, Greta Thunberg and fifteen other young people from around the world have launched a petition, Children VS Climate Crisis, to denounce the inaction of France, Germany, Argentina, Brazil and Turkey against global warming as a violation of the UN Convention on the Rights of the Child. This referral to the Committee on the Rights of the Child (which is technically not a trial but a communication to this Committee set up under the Convention on the Rights of the Child adopted in 1989) is made with the help of Earthjustice, an environmental justice NGO composed of lawyers and the international law firm Hausfeld.

The multiplication of examples shows the liveliness of pro bono in the legal sector. By taking up the environmental cause and offering their services free of charge, the legal professionals involved in this approach enable individuals or structures to make their voices heard, but also to move society as a whole towards effective environmental justice. While pro bono is now being extended to other professions, sectors and causes, it is important to welcome all these initiatives which demonstrate that this form of professional – and above all citizen – commitment is a powerful lever for action to respond to the major threats and challenges facing society.

To learn more about climate justice worldwide (in French) : https://notreaffaireatous.org/tous-les-numeros-de-la-newsletter-des-affaires-climatiques/